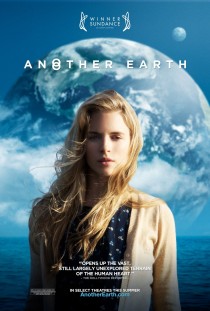 Another Earth is a low-key film which mixes life’s unexpected twists and turns and the complexities of human relationships with a dash of science fiction. The result is a superb and original drama.

This small-budget film is beautiful and moving, with a great storyline accompanied by good acting. Brit Marling, in the lead role, is mesmerising.

The screenplay was co-written by Marling and director Mike Cahill. At the 2011 Sundance Film Festival, the film won the Alfred P. Sloan Feature Film Prize as well as the Special Jury Prize.

You can find more information on this U.S. movie on Wikipedia and IMDb. Ignore the mediocre IMDb user rating.

As always, we recommend you don’t ruin any surprises by reading spoilers or watching this trailer:

Score: Fall On Your Sword