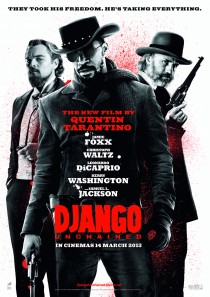 Is there any limit to the fun you can have watching a movie!

Quentin Tarantino keeps banging out hit after hit which keep us rooted to our cinema seats and sofas. We are either grinning or grimacing, howling with laughter or on edge with tension. The only one of our emotions Tarantino does not seem compelled to manipulate is our heart strings; the scenes in his films are never tear-jerkers.

That is an extremely impressive list. Whatever your impressions of his output, you cannot argue against the fact that Tarantino has had his finger on the pulse of the cinema-going public’s taste for a very long time now.

The stories and screenplays Tarantino has penned for feature-length films are more-or-less all crime-related thrillers. Inglourious Basterds is a war movie and Django Unchained is a western; both genres – I would argue – relate strongly to crime. While some of his scripts have a little more adventure, some have more action, a couple include elements of horror, and others are more dramatic, they are all essentially crime thrillers.

And almost all of Tarantino’s writing is black comedy. Reservoir Dogs is his only script which was played mostly straight; there’s some comedy thrown in there but it’s definitely not a black comedy. But all his other films have characters and situations with a large element of ludicrousness thrown in.

Django Unchained is probably Tarantino’s funniest penning to date. It is not classed as a comedy on IMDb but it must be the funniest film I have seen in a very long time.

And yet, the film still manages to successfully bring a touchy subject back to the fore, reminding us of the brutalities and inequalities of the times of slavery; not only the physical subjugation and psychological dehumanization of the slaves but also the inhumanity of their all-powerful masters. But is there a new lesson for us to learn from Tarantino’s reminder of how things used to be in not-so-long-ago America or is this film simply an exploitation of  a very real and ugly past? I’m not so sure, to be honest. If there is a danger, it may be towards an increase in anti-white bigotry. But, surely, even worse than any such risk is the notion that we should censor artistic output which lays bare a historical truth?

As is customary with him, the director again uses well-known actors in roles that redefine their skills as artists (Samuel L. Jackson) or place them back on the cinematic map (Don Johnson). The cast list is long and formidable, with the likes of Bruce Dern,  Robert Carradine and  Ted Neeley in minor roles.  Even  Franco Nero, the star of the original Italian western Django (1966), makes a brief appearance.

Django Unchained, of course, is brutal; no surprise there. As the director himself put it… 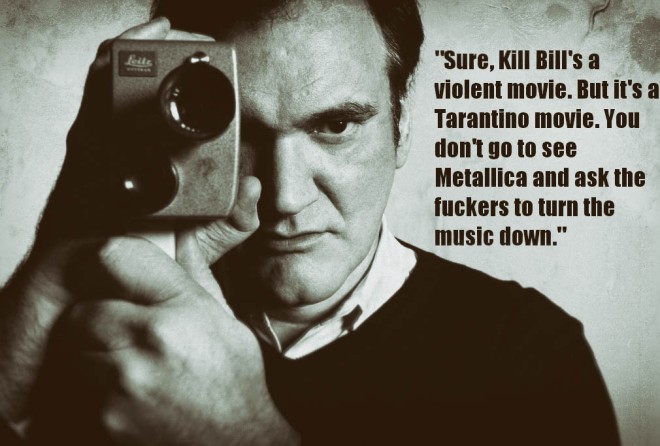 I think that quote emphasizes an important point: Tarantino has been around long enough for people to know what to expect from him. Tarantino makes Tarantino-esque pictures. Those who love his work know who they are. And those who do not should know to stay away.

Once again, this auteur has written and produced a visual feast, filled with original and colourful characters which have to fight their way through preposterous situations. Tarantino glues us to the screen by giving us interesting people we care about placed in circumstances whose conclusions are almost always unpredictable. And he does this in a style cooler than any other cat directing movies these days.

As always, we recommend you don’t ruin any surprises by reading spoilers or watching trailers.