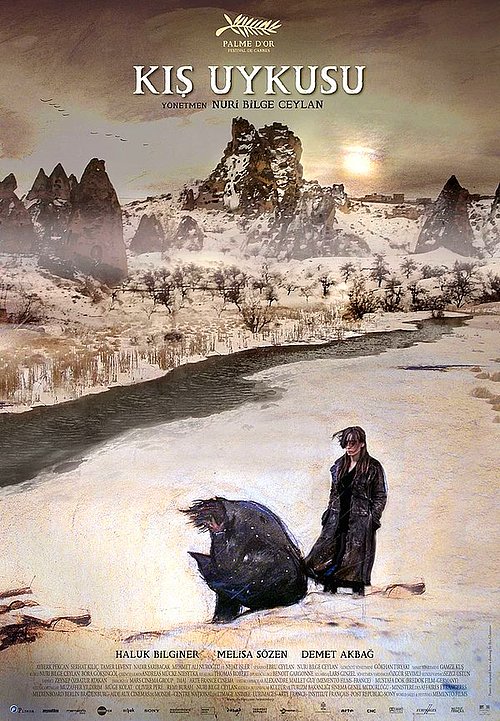 Such biting dialogues I have not enjoyed for a long time.

Based on The Wife, a short story by Chekhov, Winter Sleep plays out like a novella, taking the viewer on a fascinating journey. The lay of the land at the end of the film is indistinguishable from what we imagined to be true at the beginning. The film is three and a quarter hours long but feels briefer due to the sheer quality of the script, acting and cinematography. However, I must confess, I did pause half way through to make myself some lovely boiled eggs.

Winter Sleep is set in the magical region of Cappadocia in the heart of Turkey, where people long ago chiselled cave homes into the other-worldly rock formations. The scenery and dwellings are highly unusual and offer a unique aspect to the exterior and interior shots of this film.

This morality tale – winner of the Palme d’Or at the 2014 Cannes film festival – obliged me to review my own social behaviour and explore potential improvements.

Wonderful Cinema strongly recommends you do not ruin the impact the director meticulously planned for you by watching trailers or reading spoilers. For those of you who cannot resist:

You can find more information on this Turkish film on Wikipedia, IMDb and Rotten Tomatoes.

Based on: Anton Chekhov’s 1892 short story, The Wife