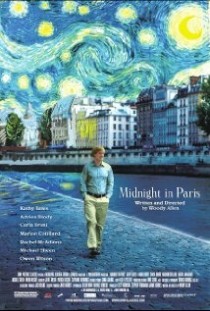 Woody Allen’s romantic comedy is a charming love letter to the City of Light and also a treatise on the power of nostalgia. Owen Wilson is well cast as a man perpetually doubtful of his talents and frustrated with his life – a role we have seen Allen play many times in his earlier works.

Midnight in Paris is a fairytale that leaves you with a magical sense of fulfillment not dissimilar to the effects of watching Amélie (2001). It is Woody Allen’s 41st film and his highest-grossing to date. One of the world’s best directors back on top form.

As always, we recommend you don’t ruin any surprises by reading spoilers or watching this trailer: